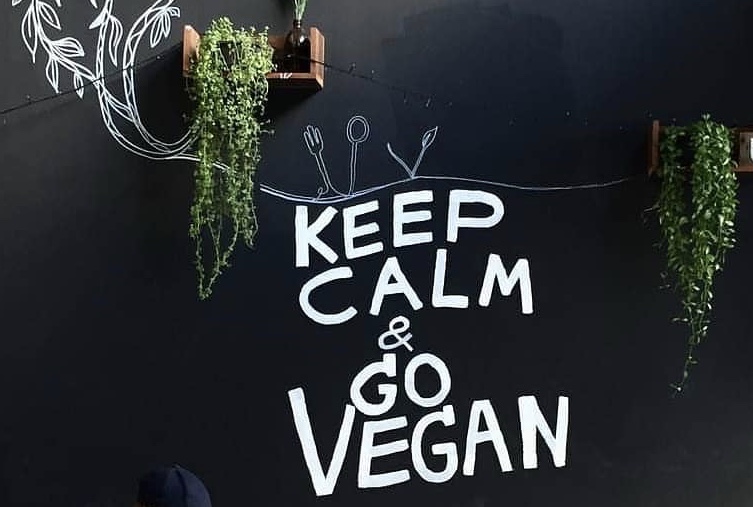 Bangkok’s food scene is among the world’s greatest bar none. Whatever cuisine you fancy, it’s probably here (with or without the Michelin star) — and most likely, it is authentic, fresh and tasty. Given the growing popularity of veganism worldwide, it’s no surprise that our culture of eating has spawned an accomplished roster of vegan restaurants. These days, the appeal of a plant-based diet isn’t purely political or ethical, but rather, it encompasses healthful and environmental benefits.

Anyone, from seasoned vegans to curious omnivores, can enjoy bitemojo’s “Best of Vegan Bangkok” walking tour, created by Taste of Thailand. First download the bitemojo app through either the iOS or Google stores and purchase the US$35 (~1,100 baht) tour directly through the app. Taking approximately three hours total, the trip starts at Thonglor; there are no guides and no groups — just you and your smartphone. 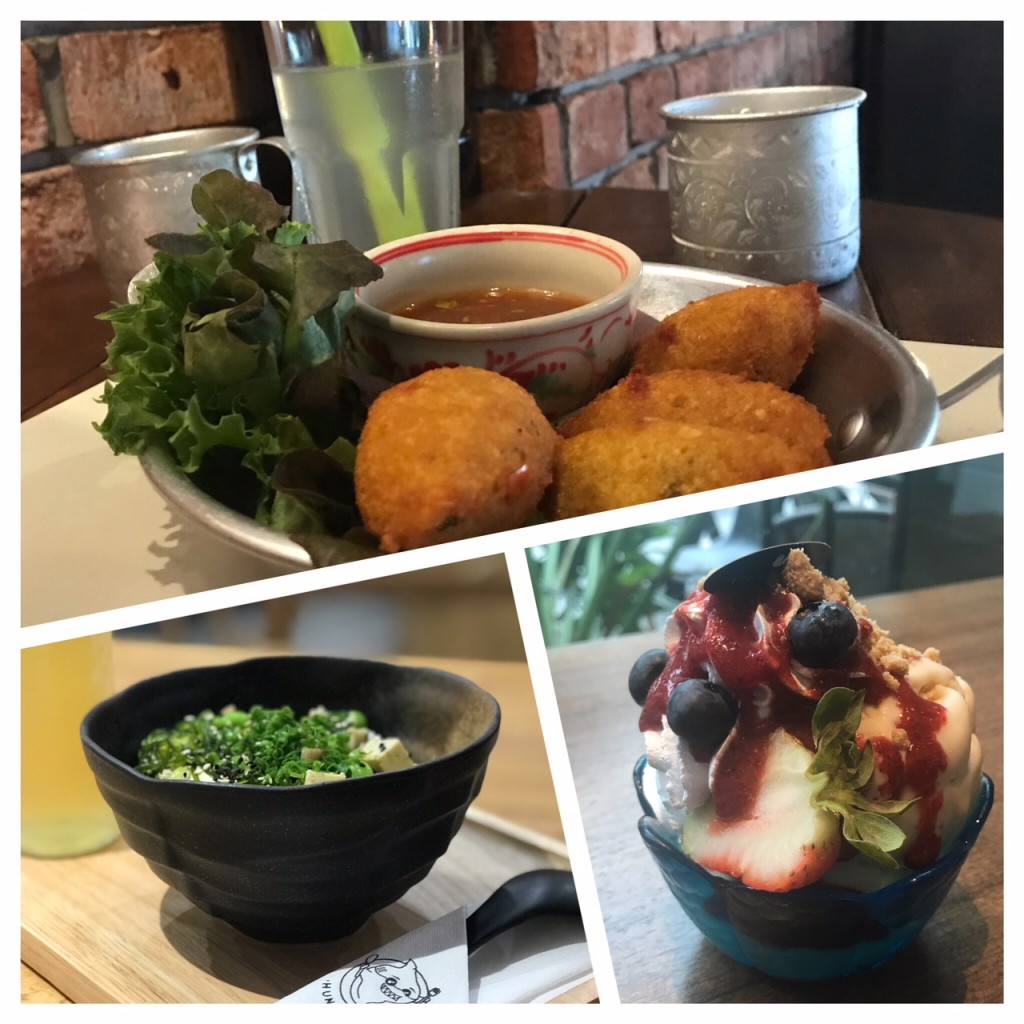 With a real-time interactive map feature, the app guides you through a section of central Sukhumvit, pointing out interesting sights to discover along the way and getting you to stop for a pre-selected dish in six of the area’s most compelling vegan or vegan-friendly eateries, such as Broccoli Revolution, Sustaina Organic Restaurant and Veganerie. You can start and stop the tour at your leisure, taking multiple days if you like. Bring others along — the more, the merrier! Adults can each purchase their own tours via bitemojo or order other dishes at each stop. Small children can definitely share your “bites”.

Our group, myself and an 8-year old sceptic (who brought an “emergency” bag of chips), set off on the tour on a Saturday afternoon. We completed the first three bites, which took us inbound to Phrom Phong, sampling baya kyaw, Burmese split pea fritters that reminded us of falafel; miso soup containing interesting homemade sesame tofu; and a luscious vegan ice cream and berry dessert. Between bites, we managed to purchase organic produce at Sustaina’s store, including the world’s largest lemon, and stop into Benjasiri Park for a run around as well as to feed the fish and turtles (buy their food at the snack kiosks located at the park’s front and back entrances). The child-friendly first half of the tour was a lot of fun, with little complaining; the aforementioned bag of chips was consumed though. 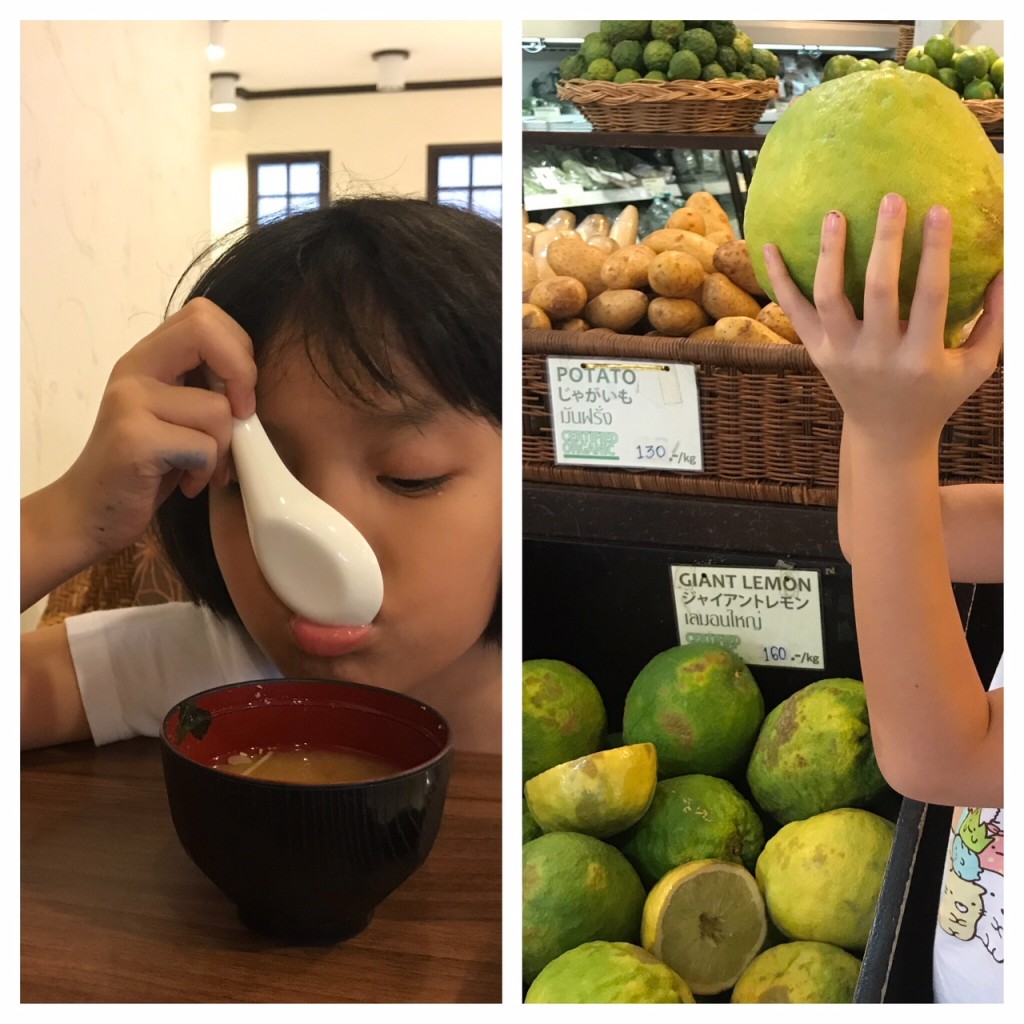 The second half proved to be a bit more challenging with a kid in tow. It’s best to complete this part on your own or in the company of other adults, as you’ll find yourself in Asoke, crossing back and forth between the bustling intersection to sample two more savory bites and one dessert. All were delicious, but it’s a bit hard dragging around a child who’s getting tired and cranky. I’d recommend saving the last stop, About Eatery, for another day. Come for lunch or dinner, order a drink or two, and relish the last bite, a vegan chocolate mousse with coconut cream, in the restaurant’s cool, cozy setting.

Any bites not consumed can be converted into bite-credits that can be used to purchase bitemojo tours in other cities around the world.

Living in or visiting Bangkok is largely about experiencing variety and being adventurous, especially when it comes to food. The “Best of Vegan Bangkok” tour readily subscribes to this sentiment, serving as a good introduction to the Thai capital’s vegan eats. Show even the pickiest of children that there are creative (and yummy) ways of eating fruits and vegetables; if so inclined, you could also teach them that their dietary choices matter, for our health, the welfare of animals and the sustainability of the environment.