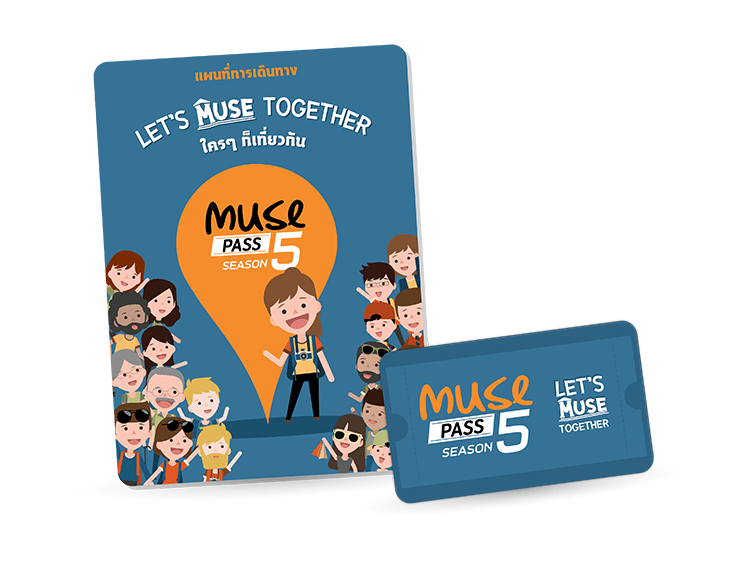 Back for its 5th year, the MUSE Pass is available to buy for only 199 baht per person. It’s an amazingly economical and exciting way to see some of the city’s best displays of history, art, natural life, music and culture.

The theme this year is ‘Lets Muse Together’ inviting all cultures, nationalities, citizens, visitors, tourists and religions to enjoy the full array of 56 museums in and around Bangkok.

The price covers one person’s entry and in many cases, it is cheaper than the entry cost of several participating museums. It’s a great way to while away a rainy or hot afternoon while learning and experiencing some of the most amazing experiences this fantastic city has to offer.

If ever there was an opportunity to see some of the weird and wonderful artefacts and collections in Bangkok, then this is the time to do it. The variety is huge but here are some highlights:

Museum Siam is wonderful for children of all ages. Spread on three floors of a beautiful building that used to house the Commerce Ministry, the museum features hands-on exhibits that encourage kids to explore Thai culture and history. Highlights include an ancient battle game, a room full of traditional Thai toys and a mock archaeological dig site. (Please note: The Account of Thailand main exhibition hall is still under renovation and closed to the public; however, the smaller gallery is open — enquire in advance about the current temporary exhibit.)

The Museum of Natural History, Chulalongkorn University, gets visitors to explore over 10,000 species of living things. One of the most complete natural history museums in Southeast Asia, the museum houses more than 100,000 specimens including insects, invertebrates, turtles and tortoises, and snails.

Bangkok Sculpture Centre, located in Soi Naunchan on an area of 12 rai (a utility area of 4,000 sq.m.), is a non-profit private organization established to promote Thai art. The centre is privately funded, and includes an array of pieces, including indoor and outdoor displays from private collections. The artwork reflects the long journey of Thai sculpture, starting from the Buddhist Era in the 13th century (Chiang San) to modern day.

National Geological Museum is located in the same compound as the National Science Museum in Pathum Thani. Exhibits introduce the evolution of life through four time eras, showcasing the diversity of living things, from single cell organisms to members of the animal kingdom. Children will get a thrill from the life-sized dinosaur models, as well as the taxidermic models of Thailand’s indigenous animal species.

3D Interactive Art Museum: Art in Paradise Bangkok is a popular attraction among locals and tourists. Here, experience 150 art installations which serve as illusions to trick the eye into seeing 3D imagery. Lots of funny moments and photo ops here!

Real Zoo, in Ayutthaya province, offers bizarre and rare creatures from all over the world, covering over 200 species in every class of the animal kingdom, from the water to the sky. Highlights are the crocs, gators, lizards and snakes.

Ripley’s Believe It or Not! in Pattaya, Chonburi province, highlights “the truth that you need to see for yourself”. The museum features a collection of oddities from all over the world – discover over 350 amazing things, including a mask made from human skin, a four-eyed man, and much more.

New additions this year include:

Other museums covered by the MUSE pass, which may be of interest to older teens and adults, in Bangkok and its vicinity, include:

And in other provinces: