Housed in a 19th century European-style building that was once the Ministry of Commerce, Museum Siam employs a variety of media to explore science, history and culture through a uniquely Thai lens.

Children (and adults) of all ages will enjoy Museum Siam. Spread over three floors in multiple rooms, the hands-on exhibits are both entertaining and educational. Many rooms feature an informative narrated video in Thai and English; visitors can also rent headsets that guide them through the displays. The audio guide system is available in Thai, English, Japanese, Chinese and German.

The museum’s first exhibition “The Account of Thailand” provided an engaging, interactive display of Thailand’s history from prehistoric times to the present. Highlights included an Ayutthaya-era battle game, a room full of traditional Thai toys, and a mock archaeological site that allows children to unearth fossils.

As of mid-December 2017, the museum has unveiled its new exhibit, titled “Decoding Thainess”. Starting in the “Is this Thai?” room,  a Lady Gaga mannequin in a skimpy costume wearing the traditional Thai headdress (“chada”) greets visitors. Referring to the singer’s controversial act from her 2012 Bangkok concert, such imagery explores what Thainess means in this changing world. Other rooms cover popular culture, political history and the evolution of “Thainess”, popular beliefs, architecture, costumes, traditions, and more.

The grounds also house a temporary exhibition hall, two cafes (Cafe D’Oro and Elefin Coffee), drink and souvenir coin vending machines, and a small gift shop. Children can write postcards, buy stamps at the gift shop, and drop their cards in the post box located outside Elefin Coffee by the museum’s entrance. 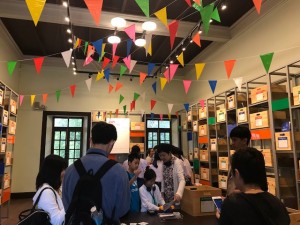 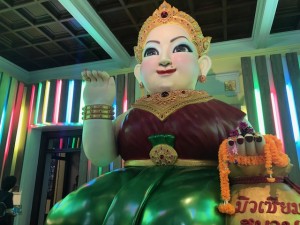 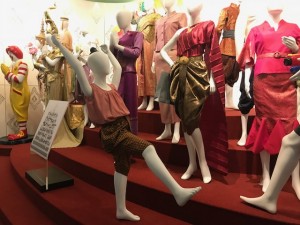 Children (Thai nationals) – Free for kids 15 and under