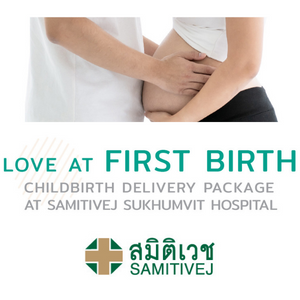 Heart Attacks are Different for Women What does a heart attack feel like? Movies and TV shows have helped promote the heart attack stereotype of a man in his 60s suddenly grabbing his chest as he is overcome with intense chest pain. There certainly is some truth to the stereotype, as heart attacks occur more frequently in men, and chest pain is the most common heart attack symptom, especially among men. But heart attacks and heart disease pose a serious threat to women as well.

The leading cause of death worldwide for men and women is heart disease, which includes high blood pressure, atherosclerosis, heart attack and other conditions involving a reduction or blockage of blood and oxygen flowing to the heart that results from narrowing of the arteries.

A heart attack (or myocardial infarction) occurs when oxygen-rich blood encounters a sudden, severe blockage that prevents it from reaching the heart. Most heart attacks aren’t fatal, but getting urgent medical help is critical to limit the potential damage inflicted on the heart. Almost all of the damage to the heart muscle occurs within the first two hours following a heart attack, so the sooner you get to a hospital the better your chances for a full recovery with little or no permanent damage to the heart.

Men and women experience heart attacks in different ways. The most common heart attack symptoms for men include intense chest pain, pressure and a squeezing sensation; pain radiating to the arms, left shoulder, back or stomach; jaw and neck pain; shortness of breath; feeling dizzy, nauseous or faint; profuse sweating; and a rapid or abnormal heartbeat.

Heart attack warning signs and symptoms for a woman can be much more subtle and less typical, to the point where many women mistake their symptoms for less-serious conditions such as the flu, acid reflux or a hormone imbalance — and decide not to seek medical help.

Studies of heart attacks in women have revealed a number of distinctive symptom characteristics. In one study, nearly 4 out of 5 women heart attack patients reported having one or more symptoms for at least one month prior to the actual onset of their heart attack. Difficulty sleeping was one of the most common “pre-attack” symptoms mentioned. That may help explain why women have a greater tendency to suffer heart attack when they are resting or when asleep.

The onset of menopause typically occurs during a woman’s late-40s to early-50s, and it brings a number of important physical changes, including a decline in the level of the female hormone estrogen.

Declining estrogen levels also can impact the nature of heart attack symptoms in post-menopausal women, who become more likely to experience the types of symptoms more common in men, including:

The greater heart attack risk that comes with age and menopause makes it all the more important for women to pay close attention to their health and follow their doctor’s recommendations for periodic health check-ups and screenings.

Dr. Sureerat Panyarachun is a Cardiologist at the Heart Center of Bumrungrad International Hospital.

PrevPreviousThe Benefits to Be Gained from Vaginal Delivery
NextDry Eye Syndrome – Is It Pollution, Age, or Something Else?Next
More information