Her Majesty the queen has contributed back the fund which Mr. Chatri Sophonpanich, The committee chairman of Bangkok Bank, and the supporters has consecrate to Her Majesty in an occasion as Her Majesty proceed to offer an award in “Bualuang master painting to be a model for The Foundation of Art and Craft” at the head office of Bangkok bank on June 15, 2001. The money received from HM has been used as a fund to establish The Queen’s Gallery Foundation. Mr. Chatri has renovated Bangkok Bank, Phanfa Bridge branch, which used to be Bangkok Bank’s Musical Art Centre, into a modern art gallery. Her Majesty The Queen, with an honour of the art gallery, as give Her Majesty’s name for the art gallery to be used as ‘’Her Majesty The Queen Sirikit gallery” or commonly called as ‘’The Queen’s Gallery”. There are four floors for displaying art exhibition and the 5th floor could be utilize as activities are in order to integrate the knowledge and publicize the precious Thai works of art to the society. 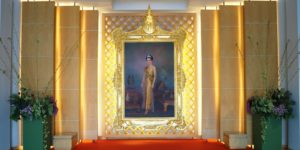 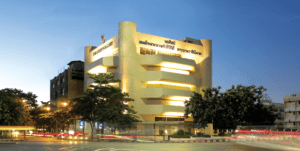 Free admission for sudents (with current ID) and senior citizens

Paron School of Art offers workshops in drawing, painting and across a variety of different processes within…