Mallika City was designed by Associate Professor Chatri Prakitnonthakan, a chair of architecture and related art, Silapakorn University. He designed the city by making up a story of Mali (jasmine), a beautiful daughter of a farmer living in Reuan Dieow, a detached house in a rural area. She, later, got married to a young government officer and started a trading business, built Reuan Pae, a floating house, to trade with foreigners, especially sugar. With her traditional Thai charm, her business went well while her husband was also climbing up the rank. They were getting rich. So, they built Reuan Kahabodi, a bigger house for the rich, which was more suitable for their economic and social status. As the business expanded and with her husband’s higher work position, they were in contact of more foreigners and noblemen. They made a decision to build a group of houses or “Reuan Hmoo”, in order to have spaces available for his guest of honor. All houses built by Mali and her husband in Mallika City represented all types of Thai traditional houses.

At the end of the reign of King Rama V, Bangkok became an international port, crowded with people of various ethnic groups, cultures, and customs. Having circumstances of acculturation altered various patterns of Siamese people’s way of life. Scholars define this era as a golden age of civilization. Lots of people nowadays desire to return to touch the atmosphere and the people, [;] to experience Siam in its old time full of cultural roots stepping into modernization. Accordingly, Mallika city reproduces those former memories and provides various commercial areas to express the Siamese civilization. There are various kinds of traditionally exquisite foods and desserts as well as elegant utensils. For new generation, these wisdom reflect the ways of living naturally without chemical concerns as in the present.

We are proud to introduce Mallika City as the place to show that our ancestors have the wisdom that is second to no other and to demonstrate to the world the cultural identity deserve no less recognition. 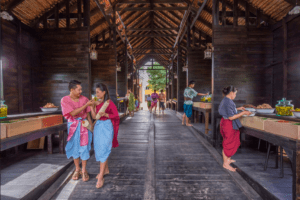 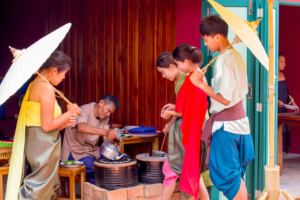 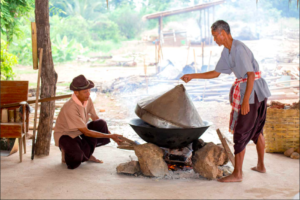 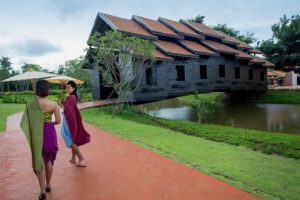 Note: Prices are subject to change.